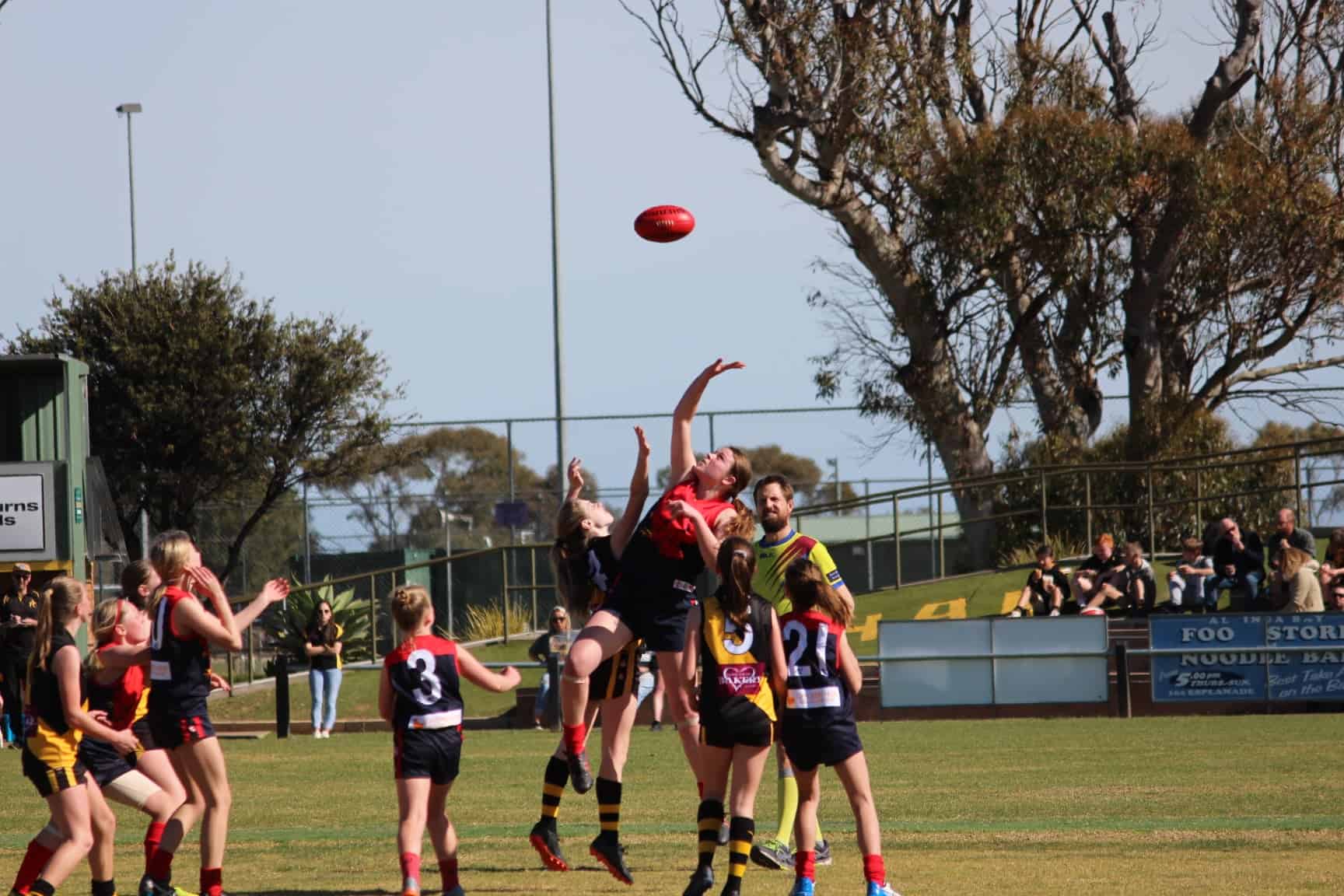 We took on Port Noarlunga in what was a top of the table clash, they were coming off a win and their confidence was high. We had 4 changes to the side this week and which gave us the opportunity to give a couple of guys their first A grade game in Matt Hunter and Daniel Nash as well as bringing Young Kobe Cavouras & Angus Fisher. All 4 lads came in and played the role that was asked of them, I believe Matt & Daniel kicked a goals with their first kick in A grade, Kobe slotted in well down back and Fish played forward to give the mids a chop out.

I put it on the lads this week to get a fast start to snuff out any challenge from Porties and I couldn’t have been happier with their efforts, the ¼ time score was 10.2 to 0.0 and from there the match played out as expected. Zak Cavouras was fantastic all day, Bray Heyward-Ferors gave us some good drive off half back, Daniel Butcher kicked 6 and Nick Baily continued his good form with 5.

Next week we take on Morphett Vale @ home who will be no easy beats.

A very different looking B Grade team this week with 9 changes made from the week before and our focus was very much on our own game and making sure each player won their position on the ground.

After allowing Porties to kick a goal into a strong breeze early, the team switched on and never looked back, running out eventual 21.15.141 to 2.13.13 winners.

It was great to have so many young new faces in the side and we were lead by Brunot who played a fantastic game across the four quarters.  Congrats to Moustie for his 100th club game and best B grade game to date.  We now move our attention to Morphett Vale who pushed us in a final last year so we expect a big challenge this week.

Hello all,Obviously we hosted Port Noarlunga on Saturday who have been struggling for numbers over the last few years.  Although they were able to provide a team, the result was pretty one sided with Flaggies winning 19.22 – 0.1.  we had 4 lads play their first game this year in the U17.5 and did a fantastic job.  Although we kicked poorly, we did have a few lads play out of position to expose them to a different role and to add another component to their game.

It is also hard to play against an opposition who do not provide a lot of competition however, this did allow us to practice a few things in a game scenario.  Another box ticked. We play Morphett Vale next week who are going to be a danger team because they do not give up.  It will be interesting to see how the lads stand up to the pressure.

After a very tough month of footy we reset for a home game against a fellow finals aspirant Port Noarlunga, with them coming of 2 big wins we knew that had plenty of confidence, but we also knew our group would be a much bigger challenge for them, so we set our game plan up around hitting them with everything in the first quarter. Pleasingly we did this and set up a match wining lead early and controlled things from there. We dropped off a bit in the 3rd quarter as they responded but then took back control in the last for an much needed win.

Fantastic to see some of the set ups and structures starting to come into play on the weekend and getting a solid result because of it.

The girls are working hard on their skills and the kicking on the weekend was the best I’ve seen all year.

First year players  Jenna Andrews and Shay Lee Dayman continued to build on their development and both getting on the scoreboard.

Katherine Wise at full forward kicked 3 goals and has the most accurate kick for goal I’ve seen in female footy so I’m sure will kick many more for us.

The back line held up by Carli Morton, Rachel Crockart and Lanie Williams were a brick wall for Hackham’s attacks and with our mid field dominating with Captain Riley Mitchel , Chloe Meyers , Emily Brockhurst and best on ground Alana Baker giving our forwards plenty of footy.

We now prepare for Cove this week a bigger challenge but we are ready for it.

We headed to Athelstone with a bit of confidence after displaying some solid footy over the last couple weeks. Even though the Raggies were undefeated I thought we were half a chance to pinch one.We didn’t quite get the start we wanted in the first term but the boys found a gear in the second quarter and started winning more of the ball around the ground. The lads stuck with it for the remainder and were coming home strong in the last. Fell just short in the end but great to see the boys dig deep, especially on a big oval, and fight it out.

Again a big thanks to the U15s stepping in to help out with Cooper Newall and Ryan Young joining the fun.

Our next challenge is Seaton again an away game but as we know any footy is good footy in this current environment.Look forward to the next chapter in our journey.

We came up against old SFL foe Brighton, we knew it was going to be a very tough game with both teams sitting 3-2 on the ladder. We let them take control of the game early and half way through the 2nd ¼ we were down by 6 goals, it looked like it might be a long day.  Pleasingly in the last 5 mins of the 2nd quarter the boys started the climb back and kicked a few late goals to put us back in the contest. A few structural changes, the boys determination and fitness in the last half won the day, kicking 13 of the last 16 goals in the match. One of the best wins I’ve seen during my time at the club. An even contribution across the board proves that teams win games of footy, not individuals