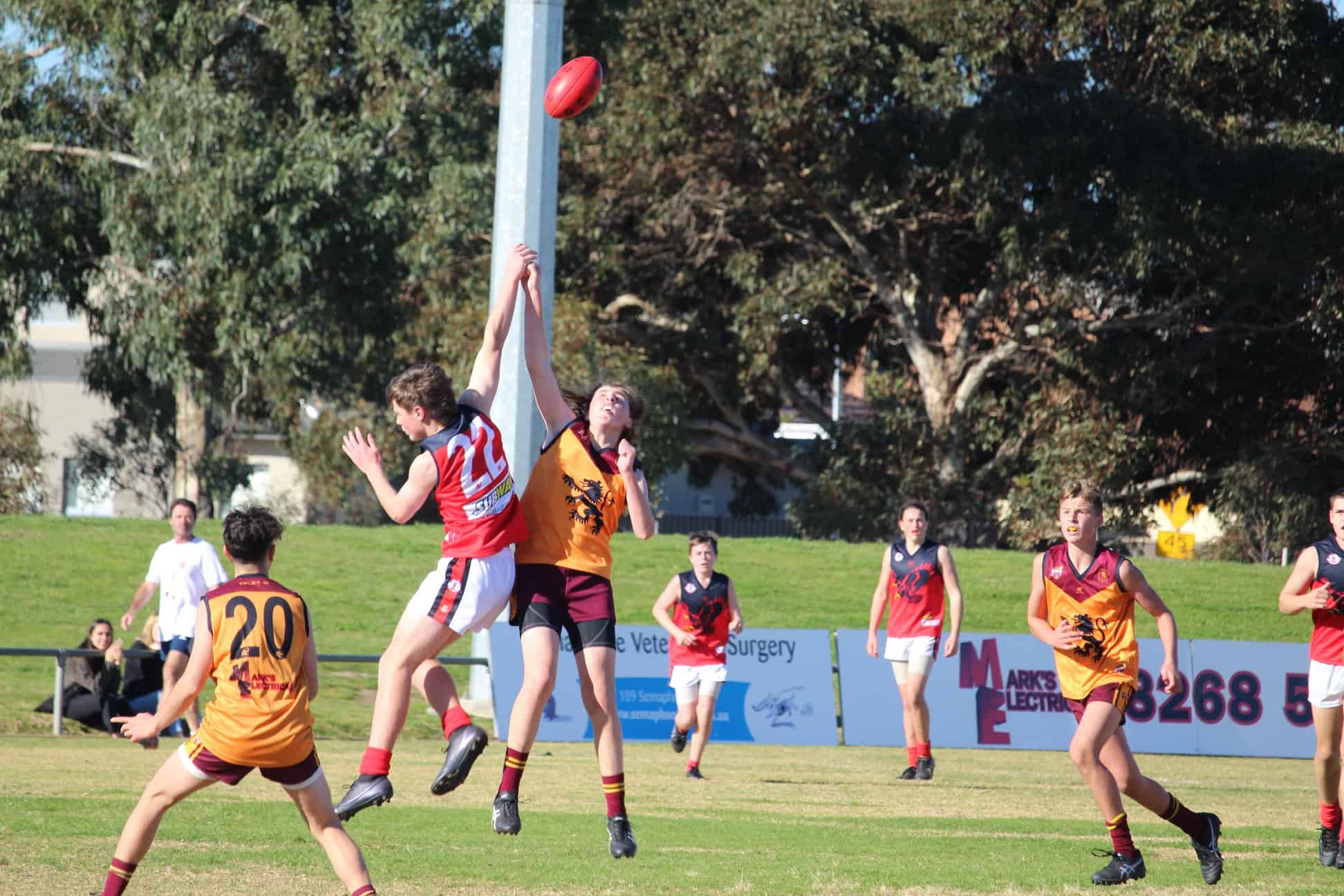 Awesome to have footy back and have kids running around kicking a footy with their mates it was a cracking day weather wise.

While todays result wasn’t didn’t go our way it was an impressive showing by the group to continue to persevere throughout the game and show plenty of glimpses of what we can do as a group.

Well done and thankyou to the U15 lads, who all had a red hot go.

who was stretchered off late in the game but early signs look like he’ll be ok.

Riley Newall stood tall as our Captain today and set an example of never giving in for four quarters.

We learnt plenty today and with no SFL footy next Saturday, the boys will be bursting to hit the ground running next Sunday for our first hit out at home.

Oh and white clash guernseys suck a big one when doing the washing….

The trial against Blackwood u14s was always going to be a challenge.

We knew our u13 boys would give it a red hot crack though.

We were assisted by some of our first year u15 boys, Sam Burbridge, Jett Collier and Josh Lees. These boys helped our team set up around the contests and gave great inspiration to the younger lads.

The score board was very one sided with our team not scoring, but they worked very hard in all aspects of the game.

It left the coaches with plenty of things to work with and a very positive attitude going into our first game against a team of the same age.

Our first round of the season will be against Reynella at their home ground. The whole team are licking their lips at the opportunity of playing for points for the first time and are ready to crack in hard at the first contest.

We took on a much older, more experienced and bigger bodied Blackwood U16 team and while the scoreboard wasn’t pretty the coaching group were very happy with the things we could control – our effort and pressure. It wont get any tougher this year and we will reap the long term benefits, bring on Round 1 at Reynella.

On a cracking winter afternoon we took on last years U/14 Div 3 Premiers with last years U/13 squad from the SFL at SMOSH West Lakes. We competed well the entire game but struggled to score. The coaches were extremely happy to see the physical effort the boys put in and glimpses of our game plan when transitioning the ball from defence into attack. We look forward to taking on Payneham NU in our first of 4 home games this season with a much stronger squad.