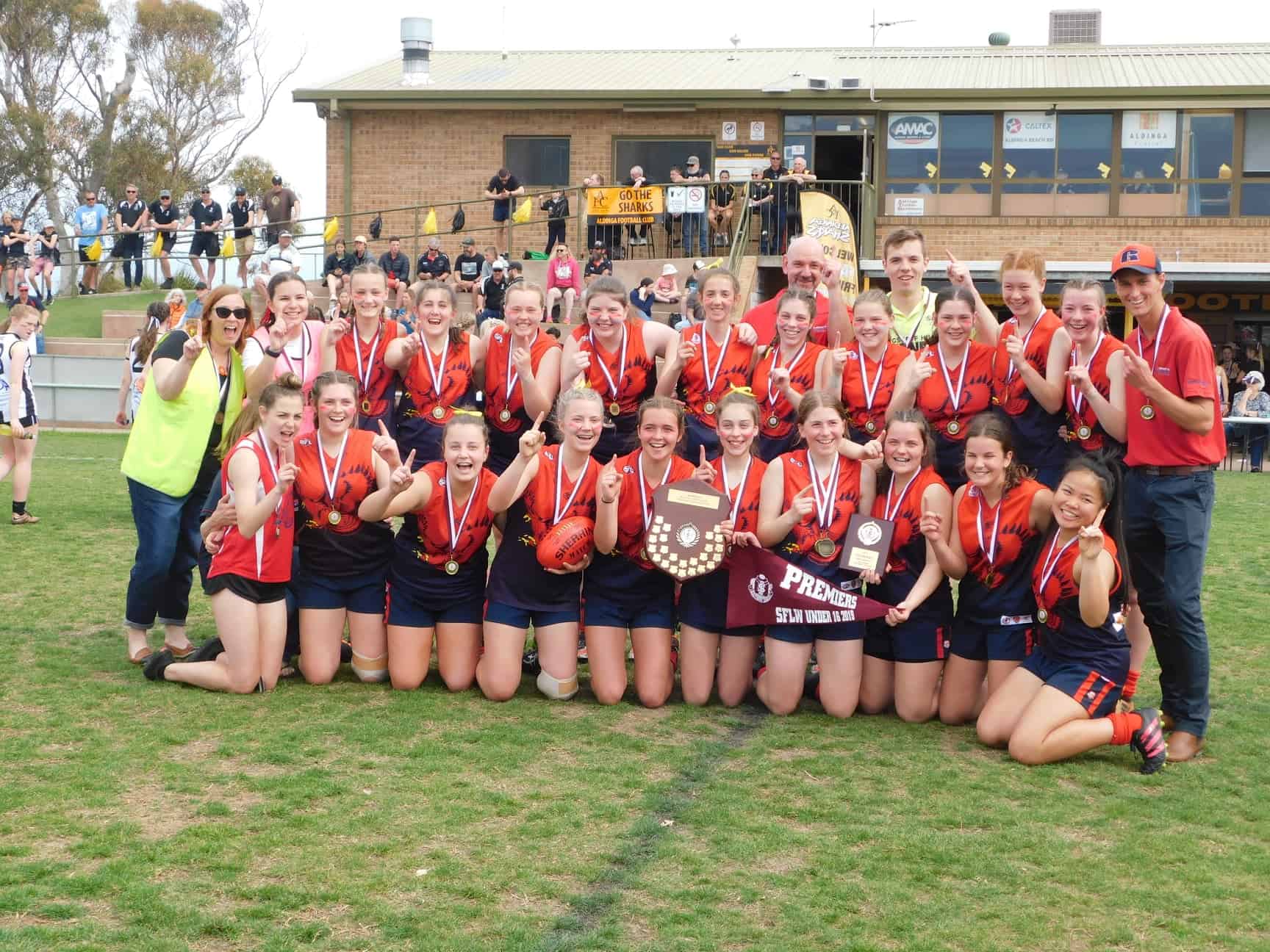 The girls had set themselves to get back to the last game of the season this year. They had played some impressive football throughout the season but knew that our best was needed to get the job done. We had taken a lot of confidence into the game off the back of our performances against our opposition (Reynella) throughout the year.

The girls burst out of the blocks, completely dominating the play without putting the score on the board for much of the first quarter. Our pressure was excellent and our ability to win the ball when in dispute set up our ball movement. Jasmin Partridge kicked our first goal, late in the first quarter which was a great reward for effort. 2 goals from Brooke Kleinig into the breeze in the second quarter broke the game open, however, it was our defenders who consistently rebounded and impressively held Reynella scoreless at halftime.

The second half was a tight tussle with the girls providing excellent defensive pressure to not allow Reynella’s run and carry. Our defence once again held strong in the last quarter with Reynella surging the ball forward. A nice left-foot goal from Indianna Roberts proved the sealer deep into the last quarter. The even contribution from the girls ended up proving the difference with many of our girls playing their best games for the season.

Lastly, thank you to the huge crowd that came out to support us on Sunday and throughout the season, the girls really appreciated and noticed your support. We would also like to the club for its ongoing support of female football and to Deb Osmond, who without her no of this would have been possible. We have thoroughly enjoyed our season with the girls and are super proud of the efforts of particularly as they delivered FHFC its first junior girls’ premiership in either their first or second season of football