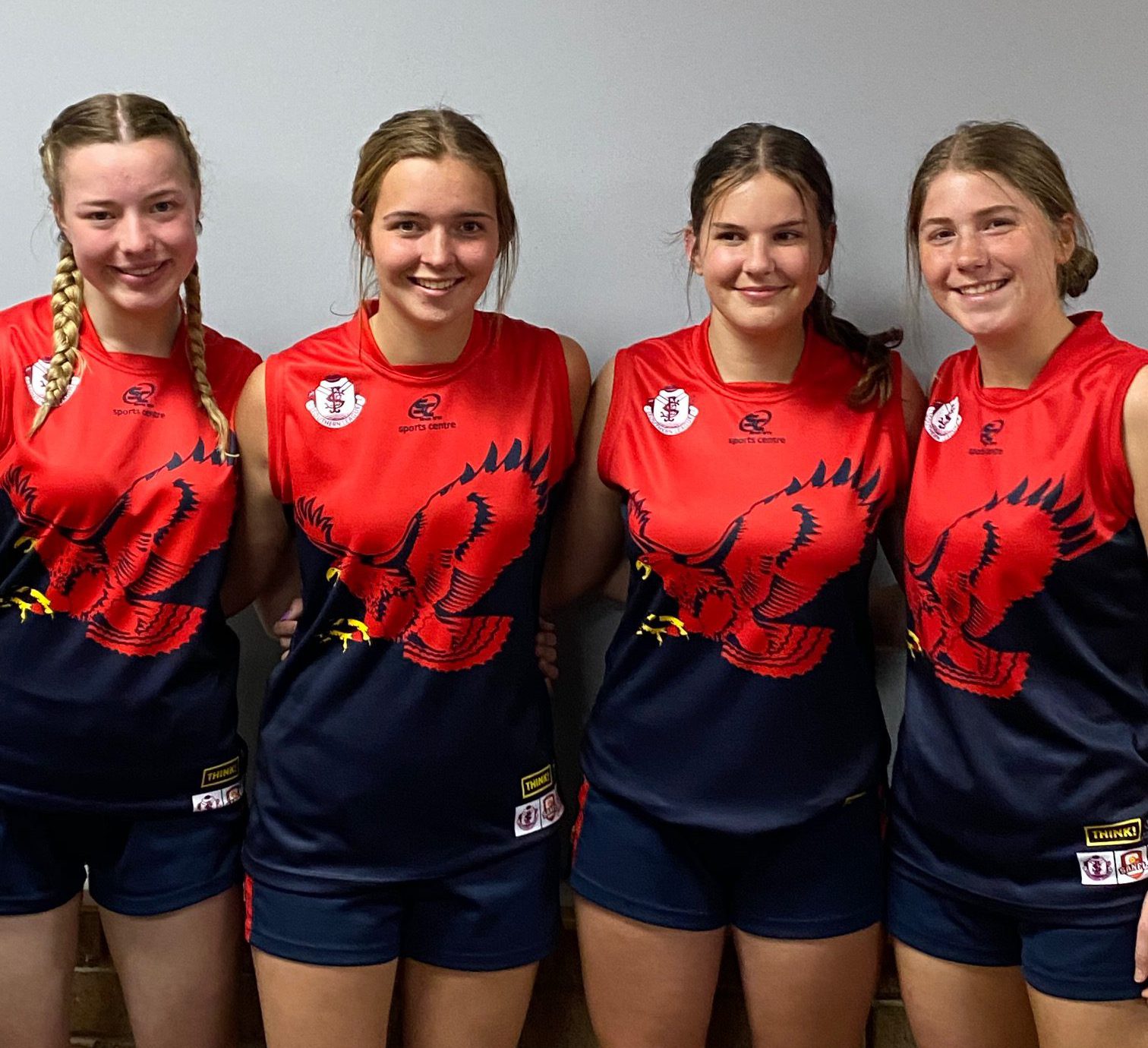 The final minor round game had us taking on Noarlunga who beat us 3 out of 4 times last year and were sitting 2nd on the ladder behind us this year as well. This was a game we would not take lightly as they are a very good side and have the ability to play very good football, as expected they came out hard and were a very physical side from the get go however once again to the boys credit they withstood the physicality and got on with the job of playing football. The first half was a tough encounter and we gave up a goal late to go into the half time break up by 3 goals. We were getting lots of forward entries but letting the ball out too easily so we spoke about lifting our pressure, especially our forward half pressure, The guys put this into practice and we went about scoring 6.4 to 2.0 in the third term and setting up the game for us. Noarlunga never gave up but the intensity did come out of the game in the last term and we played out a 20.9- 129 to 9.6 – 60 win. Chris Puiatti was outstanding all day, Mitch Fazekas was tireless in the ruck and Daniel Butcher kicked 6 goals

With the minor rounds done now the serious stuff starts, we have managed to secure top spot meaning we take on Christies Beach @ Noarlunga oval this week.

The B Grade came up against the other undefeated side of 2020, and remarkably we both remain undefeated at the end of the Home and Away season.

We knew we were coming up against a strong side, with plenty of experience, and a side that knows how to win big games as they were the 2019 Premiers.  We also were already aware that they would be our opponents in the first final given ladder position.

Things started well with the 300 gamer kicking the first of the game and we took an 8 point lead into quarter time.

From there, things did not go so well, with the Shoes kicking 5 goals to 1 in the second and out scoring us by another 6 points in the third, taking in a 25 point lead at the last break.

Finally, we got up and running and playing how we like to play in the last and with a 5 goal to 1 last quarter we were able to level the scores not long before the siren sounded.

So, the two undefeated teams will go up against each other again for a spot straight into the big dance.  We know how strong the opposition is and will be focusing on what we need to do to get the job done.

We headed down to Noarlunga on Saturday to play against Noarlunga, a team that competes for the entire game and I was aware that they would not go away.  We played a good first half and led by five goals at half time and the lads thought that they had it won.  Noarlunga regrouped and in the third quarter kicked 5 goals to our 1 and had all of the momentum going into the last quarter.  We had two significant injuries therefore rotations were limited and on a hot day started to take its toll on the lads however they dug deep and were able to get the win by 11 points.
Aiden Grayson was at the footy all day and Tristan Smith was good wherever he played.  Everyone contributed when they needed to, we just need to play more consistently and for the entire game.

We headed to Noarlunga to play Reynella who we haven’t seen since Round 1, we played well in patches and even dominated periods of the game, however Reynella were too efficient going forward and are clearly the team to beat this year. We take the small wins, it was only the 2nd time this year they have had 5 goals kicked against them, and some of our boys had their best game of the year. After finishing 3rd we now start a new season next Friday night with a Semi Final against Aldinga at Porties, we look forward to the challenge.

Well that’s a wrap. Going into our last game for the season we were still confident on being able to get the win. We knew Noarlunga would have some older lads playing but the boys were keen to take it up to them.   Noarlunga started well and got a few early goals which proved to be the difference. Our boys battled well all day and kept them to one goal for the remainder of the game but their tall units stood strong and defended our 50 well.

Our aim for the year was development, and I think we’ve been able to do that in spades with the amount of u12’s we’ve been able to give the opportunity to play junior football. All of our team have made gains and improved through the year so congrats to you all. Well done.  On behalf of this latest group of juniors to join the ranks I would like to thank everyone in the junior family and club in general for all the support and welcoming them to Saturday football. Congrats to all the other teams going into finals. We look forward to cheering you on through your campaigns. GOODLUCK . #goflaggies #premierships
Thanks again.
Steve

1st Semi Final against Christies which was expected to be a big challenge for our girls saw us come out victorious and book a place in this year’s grand final.
Christies threw everything at us early but our girls stood strong and defended well with Carli Morton ever reliable at CHB and Tamsyn Morris and Lanie Williams dominating their positions we got control of the game.
Midfield was a great battle and with Soriah Moon and Hannah Griffin controlling the play in this part of the ground.

Our forwards again struggled to get enough footy through the big sticks with only Emily Brockhurst providing a spark with a great goal on the run in the first quarter.

We took on Port Noarlunga at Morphett Vale in our elimination semi final. Having only played them once during the season and winning in a tight match we knew we had to bring our best. The first half was an arm wrestle. With lots of numbers around the ball and strong pressure from both sides scoring was difficult. We went into half time with a one point lead. We were able to spread the ground better and release the ball to our runners in the third which enabled some reward for effort scoring three goals to their one. The last quarter we controlled most of the quarter but could only manage one goal, however this was enough for the girls to run out 5.4 34 to 2.2 14 victors. Brooke Kleinig (3 goals) was outstanding through the midfield and up forward Jasmin Partridge was super across half back and in the ruck and Ebony Scanlan was great through the midfield setting up many of the team’s goals. We now move on to Christies Beach who we will face at home. So let’s get a big crowd together and help these girls keep their season rolling!

We went into this game knowing that we must continue to push teams above us on the ladder to give ourselves a chance to play finals football.Athelstone are sitting top of the table so a great opportunity to test our form. Unfortunately it was evident from the first bounce it was going to be a struggle for the Flaggy boys.With most off the lads backing up from the day before, and with a few niggling injuries amongst the group, this was a real challenge.We were soundly beaten in the end but this group is so driven to develop as a unit, they continually impress with true Flaggy spirit.

We now head to Seaton for our last home and away game (actually our home game) and the equation is simple, we win we play Finals, we lose and that’s all she cried.Whatever the result, these lads are full of heart and will give it everything.

We faced the top placed TTG at Kenilworth on Sunday morning, with quite a few boys unavailable we knew it was going to be a tough game. Apart from the 2nd quarter where we dropped off our effort, I was proud of the boys intent and attitude to take the contest to the opposition. Another valuable lesson for these boys’ development. We now head to Blackwood next Sunday for our last game of the season, we have a 2-0 record against them this year and we now get the chance to tackle them on their home turf. As soon as the final siren blew yesterday I asked the boys to focus on Blackwood and a big week on the track to ensure we finish strongly.

Well we made the second semi final which was a huge achievement for us and we played against one of our biggest rivals in Reynella . It was a close fought game, a lot of contested footy. A strong breeze to one end and we started steadily with the breeze but couldn’t capitalize on the scoreboard. By halftime we were only two goals down, we really defended hard against a strong breeze to keep us in the game .Third quarter again we couldn’t kick straight only manage to kick 1 goal 3 points to Reynella no score so it was going to be a very tough last quarter and it was, The girls never gave up but Reynella were too strong in the end running out winner by 17 points flaggies best were Emma Comley, Hannah Smailes and Molly Field and goals to Emma MacNeil-Gordon and Georgia Roberts .

In closing I would just like to pay a special mention to Mark Baker – assistant coach and Dave Hodgson – assistant coach/ runner And Narelle Hodgson- Team manager what a pleasure it was to have you help me out this year I really enjoyed it .
Go FALCONS